5 Things You Should Know About European Grocery Stores 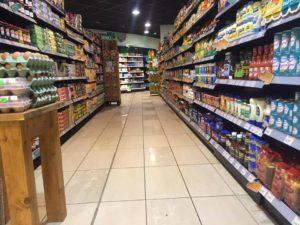 Wondering what European grocery stores are like? When traveling to Europe for the first time, we were excited when we remembered that Aldi was a German company and it would be everywhere! Little did we know that Aldi is just one of a bajillion different types of grocery stores in Europe.

In the United States, we have a few giant name brands that dominate cities and small towns alike. Although European countries have a few of their own name brand stores, it is nowhere near the commercialization we have come to know in the United States. There is Lidil Grocery, Eurospar, Aldi and more, but it isn’t nearly as large as in the USA. Before shopping for European food, there are a few things to know so you will be prepared for the experience!

5 Things You Should Know About European Grocery Stores

Those places to buy European food? They are called markets! Don’t even ask us how many times we have asked a stranger on the street or one of our Airbnb hosts where the closest grocery store was and they looked at us like we had three eyes. The proper name is “market.” When asking for directions, just ask for the market and you will be golden. Some places to buy European food may be outdoors so if you want an indoor store ask for a “food shop” instead of a market for more focused results. 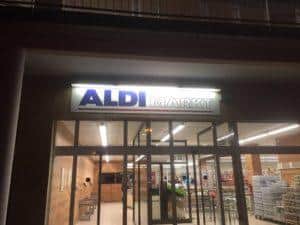 2. Beware Of Extra Costs When Shopping At A European Grocery

If you shop at Aldi in the USA, you may remember that you have to bring your own shopping bags. The same thing happens at European grocery stores [and is where Aldi originated]. When grocery shopping in Europe, don’t forget to bring your own bags. If you don’t, you will either have to carry everything or pay for each bag as you leave the European grocery. Similarly, countries tack on an average of 15-20 cents per bottle you buy, which forces you to come back to the store and recycle [totally cool!] Keep this in mind if you are buying in bulk. If you stay in a city for a few days, be sure to head back to the European supermarket where you bought your drinks to recycle the bottles! Saving the earth is cool!

We created this handy post so you can see how far $20 USD stretches across a ton of European cities!

We love our snacks. If we find a delicious snack brand in one city in Italy, one would think we would find it in the next town over. Not so with European food! Not only do brands in different countries differ [makes sense, right?], brands from store to store within the same country differ as well! Whether you are taking an epic 8-country road trip or hitting a few cities in the same nation, brands at European grocery stores will not remain the same! If you find European food that you love, it is best to stock up because another supermarket in Europe or even in the same country may not supply the same product.

This can make for a confusing experience because we are basically gambling with each $1.50 we spend on Europe’s version of cheese puffs. Although we did notice a few brands that were slightly consistent, the snack aisle was diverse in practically every city with a European supermarket. We can’t speak for every single section of the store, but snacks and desserts were where we found the most prevalence. 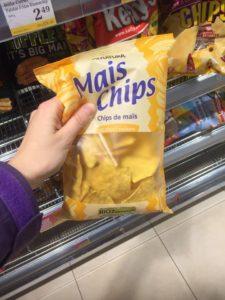 4. When Shopping At European Grocery Stores, Nothing Will Be In Your Language

Unless you are from the home country or are a mystical human who speaks multiple languages, you are going to be stuck navigating European grocery stores on your own. This may come as a “duh” point to many people, but you really have no idea what the impact will be until you are staring blindly at the frozen food section wondering if you are getting steak or liver. Many European food options, especially in the meat department, may look similar so if you don’t speak the language you will be at a disadvantage.

Take it from us. Download the Google Translate app. Although the app is far from perfect, it will save the day during your shopping trip. The app will be able to at least translate a few words so you get the gist on what you are buying and the cooking instructions. This part of the European shopping experience was particularly stressful so if you want to scream and cry internally, we totally feel you! If you plan to head to some supermarkets in Europe, Googl translate some staples so you can learn the words for popular products ahead of time! 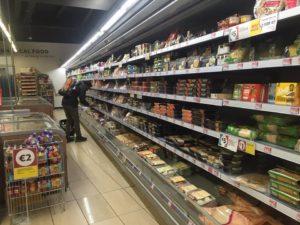 One of the best parts about shopping at grocery stores in Europe is tasting all the delicious fresh baked European food! Local grocery store? Local fresh baked goods. Aldi? Larger grocery stores actually have a section where you can press a button and a machine makes fresh bread/rolls/pretzels etc. for you while you shop! If that isn’t the coolest thing, we don’t know what is! European food is fresh and baked right in the store while you wait so you know you are getting a healthy option!

Keep in mind that Europeans use far fewer preservatives/pesticides in their perishables than Americans. This means that the carton of strawberries you just bought will literally last overnight before they start to get mushy/mildew. Don’t overbuy on fruit and eat your baked goods/bread quickly [or store in the fridge] to keep everything as fresh as possible. Some supermarkets in Europe may even offer a discount section for fruit that is past its prime or day-old baked goods.

READ NEXT: What $20 Worth Of Groceries Looks Like In Cities Around Europe

Been to grocery stores in Europe? Did you have a similar experience? We would love to chat and hear about your thoughts on visiting supermarkets in Europe! 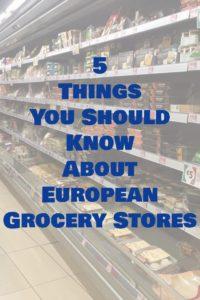 We Want To Tell #Talesonrail with Rail Europe
Next Post: The Perfect European Road Trip Route: 8 Countries in 7 Days